Anvl CEO Robin Fleming shares her experience working with High Alpha Innovation and Cummins to go from idea to safety software leader in a matter of months.

Work With Us
Who We Work With 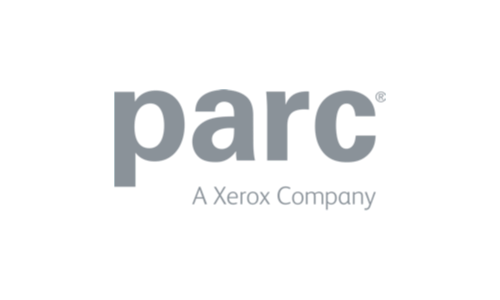 What Is Transformative Innovation?

Let's take a closer look at the different kinds of innovation that are most relevant to understanding transformative innovation. But first let's look at a few real world examples of innovation.

In the 21st century there's no lack of major examples of innovation in industry, especially as regards the technology revolution, but let's start out looking at a few ordinary innovation examples. Ordinary innovation examples are most likely to fit under the umbrella of sustaining innovation. In general an ordinary innovation involves taking an existing part of the business and introducing changes that increase efficiency, reduce costs, increase sales or add value significantly in another way. Examples of this include adding improvements to an existing product, introducing a new system to eliminate redundancies in the supply chain or automating part of the shipping process.

A part of what distinguishes ordinary innovation examples from those that are more transformative (or disruptive) are what the sources of innovation are. Innovation that comes from the right combination of creativity and technology has the potential to change an industry at its core. A major example of this are companies that have created business ventures around the sharing economy. Companies such as Uber and Lyft or Airbnb and VRBO entered the market as part of the sharing economy, but ended up creating industry-changing companies in the taxicab and hotel industries respectively. These are examples of industry-wide disruptive innovation.

For transformative innovation a great place to look is an old guard technology company that remains cutting edge not just in the product it launches but in its business modeling. When Apple introduced the iPod in 2001 they were releasing a brand new product that the public wanted. It revolutionized the way in which people could listen to music. But the actual product is only a part of the story. In introducing iTunes at the same time, Apple changed the way consumers purchased music. Apple introduced a game-changing product, but instead of sitting back and watching that product disrupt the marketplace, they introduced a business model that would sustain the company for decades to come.

A classic example of an industry that employs sustainable innovation is the healthcare industry. Classic examples of sustaining innovation in healthcare can be found in the pharmaceutical industry. Because of the nature of the industry, with drug trials and FDA approvals, there is only so much rapid innovation that can be implemented at once. A company like Pfizer, which is the world's most profitable drug company today, was originally founded in 1849 as a chemical company. After accidentally stumbling upon a breakthrough drug the following year, they have been developing drugs ever since. Every time the company releases another major drug, such as Lipitor or Viagra, they are practicing sustainable innovation, though at an extremely effective scale.

While a drug like Viagra may seem like disruptive technology, the difference between disruptive and sustaining innovations is how much the innovation radically changes the system from the ground up. It was not disruptive for the well-established drug company Pfizer to release a new drug, nor was Viagra the first erectile dysfunction drug on the market. But Pfizer released a new drug that had major improvements on what was available (and also marketed it much better than what was currently available).

Disruptive innovation is one of today's hot terms, but what is it exactly? Let's take a closer look by looking at some recent examples of disruptive innovation examples 2018 and disruptive innovation examples 2019. For 2018 a major trend was moving to mobile based systems. Previously many companies favored access via computer operating systems and browsers. 2018 saw a shift where companies put major resources into developing their mobile interfaces. This was a necessary change that adapted to how central mobile devices are to consumers' lives. A major disruptive innovation trend for 2019 was the development of the Internet of Things. From smart homes to cars with AI features, companies that have found new ways to interact with the basic life tasks of consumers have flourished. Examples of this are Nest which have changed the way people use their thermostats and doorbells.

However, a great way to get started is by creating a corporate innovation portfolio. This allows a company to truly gauge the level of innovation meaning, and gather an accurate metric of results. It also allows companies to introduce a range of types of innovation, so that disruptive innovation can be practiced on a smaller scale. Just as a person diversifies their stock portfolio, so too should a corporation diversify their innovation strategy.